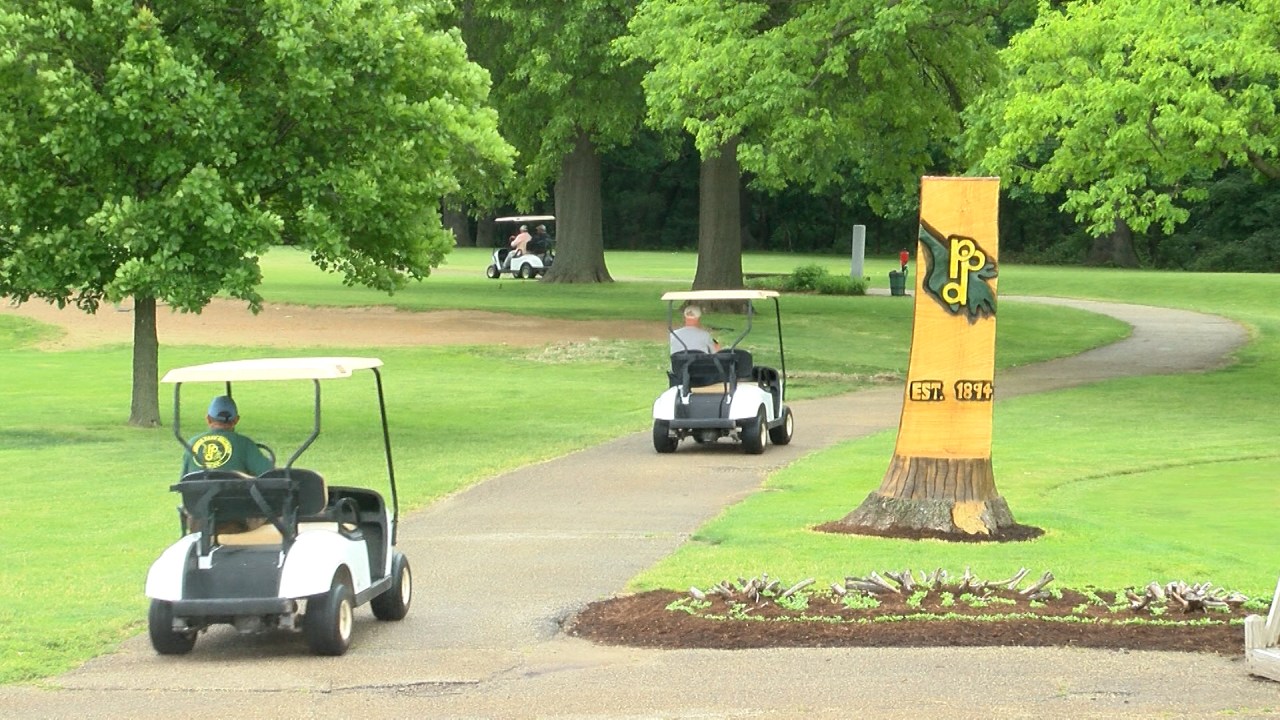 PEORIA, Ill. (WMBD) – The District of Peoria Park held a small ceremony Wednesday to thank all of the donors who have made possible a new stump carving project at the Newman Golf Course.

The sculpture symbolizes efforts to clear trees on the course, in what Emily Cahill, Park District Executive Director, said was a defining moment in Park District golf.

“Over the past four or five years, we’ve cut down a lot of trees. We had the emerald ash borer issue,” Cahill said. “It changes the landscape of our courts.”

The emerald ash borer is a beetle that feeds on ash trees, killing thousands of trees on golf courses.

“All of these trees that we’ve lost to disease and sometimes extreme weather have changed the way our courses run,” Cahill said.

Cahill said a golf advisory committee wanted to commemorate the experience of redesigning a course.

“A lot of golfers hit a lot of trees with a lot of golf balls, and so most people have a story,” she said. “It’s part of their experience and making memories with the park district.”

A tree near the entrance to the Newman gold course was dead and reduced to a stump. Cahill said the committee saw it as an opportunity. They hired a local artist and wood carver, Tim Gill, to turn the stump into a memorial sculpture.

Stump carving is his specialty, according to Gill’s website. All the carving was done with a chainsaw. Gill flattened the stump vertically, then carved the PPD logo and “Est. 1894″ in the tree.

The project was not cheap, so many donors supported the efforts. Wednesday’s ceremony gave Park District leaders an opportunity to say thank you.