A private government-owned golf course may have to pay taxes 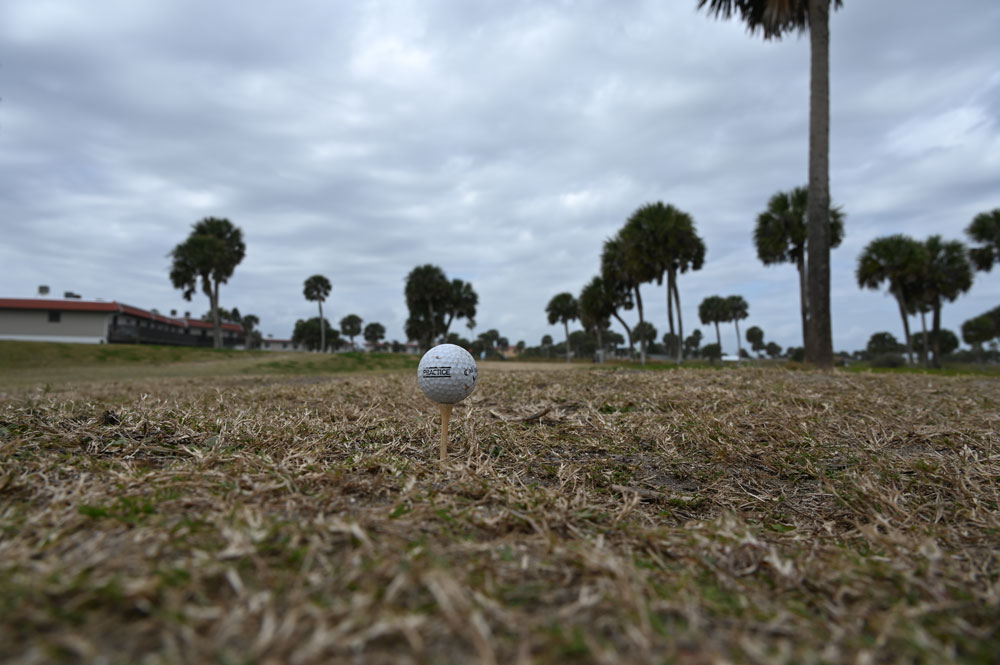 The Tallahassee First District Court of Appeals ruled Wednesday that a golf course owned by the city and operated by a private company could be required to pay property taxes.

The decision could have ramifications for Flagler Beach, where the city owns a nine-hole golf course but has been leasing it to a private company since 2015, tax-free. The decision could also call into question tax-free agreements for amenities such as private restaurants in public parks or on public land (such as Captain’s BBQ at Bings Landing or Hijacker’s Restaurant at the county airport).

Flagler Beach bought the 34-acre Ocean Palms Golf Club on the south end of town in 2013 for $490,000. It had been in disuse and disrepair for a decade. Flagler Golf Management took over and has been operating it ever since, under a 15-year lease. (The city and management company are in the middle of a dispute, with the city finding the company in breach of its lease and the company contesting the charge, but that’s a completely unrelated matter.) The last time the plot was contributed to property taxes was in 2012 and 2013, while the total bill was $3,087 in 2012 and $2,192 in 2013. The city’s share in 2013 was a paltry $535. But that was back when the land was a jungle and the property had a taxable value of $100,000.

It’s now $146,500, all tax free. If the club had to pay property taxes, Flagler Beach’s share would be $794, out of a total bill of $2,970. The rest would go to the county commission, the school board, the water management district, mosquito control and the Florida Inland Waterway District.

The total bill is roughly equal to what the median value single-family home pays in the county. But that’s more than the course pays in rent to the city: $236 a month or $2,832 a year. (It started at 200 per month, with annual increases of 3% each November.)

The Flagler Beach commissioners never considered taxing the property, nor did the real estate appraiser, although the appeals court ruling sheds new light on those possibilities. (Palm Coast also owns a municipal course, Palm Harbor Golf Club. It ended its agreement with a management company in 2017 and now manages the course itself, making it a city-owned and managed property. by the city, and therefore unquestionably tax-exempt.) It would be up to the property assessor to decide whether to tax the property, including denying Flagler Beach’s property tax exemption request.

The Gulf Breeze government in 2012 acquired the subject property to sue for recreation and stormwater retention. The property includes an 18-hole golf course, driving range, restaurant and pro shop. The city operated the golf course for three years until 2015, but was losing money. IGC-Tiger Point Golf Club, owned by Eugene Garrote and Edward Whalley of Kissimmee, signed a lease that year to manage the golf course, leaving ownership in city hands. Tiger Point was responsible for organizing the course and paying all associated costs, including all repairs and maintenance of town equipment on the course, including all capital improvements, and of course hiring its own staff. (The company has not filed an active corporate annual report with the Companies Division since 2016.)

Gulf Breeze never paid taxes when it operated the golf course itself. In 2016, with the lease now held by Tiger Point, the Gulf Breeze government applied for a tax exemption from the Santa Rosa real estate appraiser. The real estate expert partially denied this, as Gulf Breeze’s deal with Tiger Point was a lease. Gulf Breeze appealed to the Valuation Adjustment Board. The council magistrate ruled that the agreement was not a lease and sided with the city: there would be no taxes levied. The real estate appraiser appealed the decision to the circuit court, meanwhile denying the city’s 2017 request for a property tax exemption. The property expert argued that the golf club was “not used exclusively for municipal or public purposes,” according to court documents.

A circuit court judge ruled in favor of Gulf Breeze. (At that time, there were technically two related cases, which the court consolidated.) The court overturned the 2016 and 2017 tax bills. The real estate appraiser appealed to the First District Court of Appeals from Tallahassee.

On Wednesday, the court in a divided opinion ruled 2-1 in favor of the real estate expert.

Under the Florida Constitution, “[a]All property owned by a municipality and used exclusively by it for municipal or public purposes will be exempt from taxation,” wrote the majority opinion of Judge Bradford Thomas. “Because the city allowed Tiger Point to retain profits generated from the city’s golf course and related facilities, the city did not use these properties exclusively for municipal or public purposes. Thus, the City was not entitled to ad valorem tax exemptions for the golf course and related facilities. (The same arrangement exists between Flagler Beach and Flagler Golf Management.)

Notably, Thomas set aside the reasoning of the lower court. It doesn’t matter whether the arrangement is a lease or not, the judge ruled. What matters is whether the private company made money and kept it in the arrangement. “Florida courts are reluctant to allow municipal property to enjoy tax-exempt status when a private actor operates the property and retains the profits from their use of the property,” the judge said, citing precedent. One such precedent states: “It is the use of property leased from a governmental source which determines whether it is taxable under the Constitution.”

Thomas was joined by Judge Scott Tanenbaum. Both were court appointees by Governor Ron DeSantis. Thomas, who has been associated with the ultra-conservative Federalist Society, a breeding ground for judges, last made headlines when he declared mask mandates in the state unconstitutional last June.

Judge Scott Makar, appointed to the court by Governor Rick Scott, dissented. He opened his dissent. (“Does a city’s golf course and its 19th hole serve a public purpose?” he began, having to explain his reference to the 19th hole with a buzzing footnote attributed to Wikipedia: “( “In golf, the nineteenth hole is a slang term for a pub, bar or restaurant on or near the golf course, very often the clubhouse itself. A standard round of golf has no than eighteen holes of play. Another term for a bar is a ‘waterhole;’ thus, by extension, continuing the aftermath of 18 holes of golf at a waterhole makes the bar a ‘nineteenth hole”. “Makar is one of the most publicized judges in the court and likes to twist sentences and throw obscure words.)

“Unlike a lease of the real estate to an independent, for-profit company, the management agreement here did not transfer any ownership or proprietary rights to Integrity Golf, and it did not transform or alter the ownership or control of city-owned property,” Makar argued. “The City has retained ultimate control of its real estate as well as the operation of the golf courses themselves. As such, there is no constitutional, legislative or jurisprudential precedent supporting taxation; and the distinction “government-government” and “government-owner” does not apply because a lease is not involved. The judge considers the management company’s ability to make money “unimportant” to the arrangement.

“Every management agreement, whether with a city or otherwise, has as one of its key features the ability of the management company to make ends meet and hopefully
to make a profit,” he wrote, “they are generally not in business for elemosynar or philanthropic reasons. (He didn’t notice the redundant use of elemosynairea word used 38 times in an 1819 Supreme Court decision by John Marshall, but with less enthusiasm since).

“The court of first instance concluded that the management contract is not a lease; for all intents and purposes, this should end the investigation,” he wrote, noting that the arrangement was based on a management agreement (as Palm Coast had with its former Palm Harbor Golf operator Club), not on a lease (like Flagler Golf Management). The exception could have been the bar, restaurant and pro shop, which have no municipal vocation like the recreational component of the golf course. In isolation, they may not be. But in context, they do, the judge argued, citing the lower court’s findings.