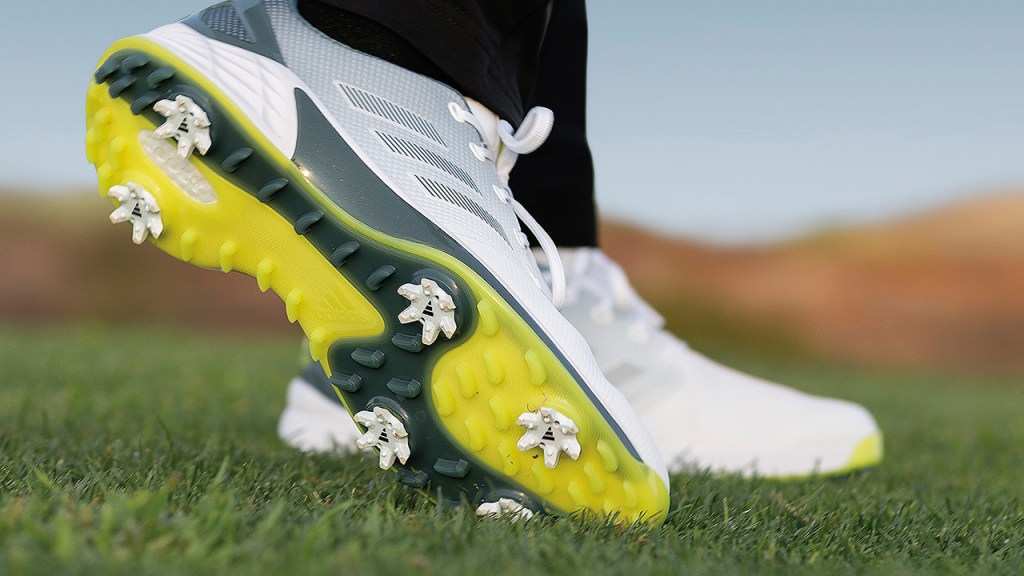 Last season, with the release of the Codechaos shoes, Adidas aimed to make the lightest spikeless shoe possible that still provided golfers with all the traction they needed on the course. Codechaos has been worn in competition by pros around the world, including world No.1 Dustin Johnson.

For 2021, Adidas is trying to do the same with cleats in the all-new ZG21, a shoe that Collin Morikawa and Xander Scheatele debuted at the Sentry Tournament of Champions 2021.

Available in both a lace-up ($ 180) and BOA ($ 200) version, the ZG21 has lasted over two years and incorporates technologies that first appeared in shoes that Adidas makes for other sports.

Boost foam and Lightstrike in the heel provide additional cushioning in the ZG21. (Adidas)

For example, the Boost energy return material in the heel and forefoot is complemented in the ZG21 by another material called Lightstrike which first appeared in basketball shoes. Working in tandem, they provide extra cushioning when you walk, but Lightstrike doesn’t compact like many foams and is 40% lighter than the EVA foam often used in golf shoes.

To provide more lateral support as you swing without adding bulk, Adidas designed a firm TPU fin-shaped piece. It sits on the lateral side of the midsole. The fin works in tandem with the new, thinner outsole that features six replaceable spikes and plenty of fang-like traction elements that dig into turf and sand. After studying where golfers put the most pressure on their feet during the swing – below the medial area of â€‹â€‹the forefoot and the lateral part of the heel – Adidas designed a new element called the Swingplane. It strategically adds extra firmness in those critical spots without excessive weight.

Finally, the upper is made of a waterproof material that combines textiles with a polyurethane film to repel water and save weight.