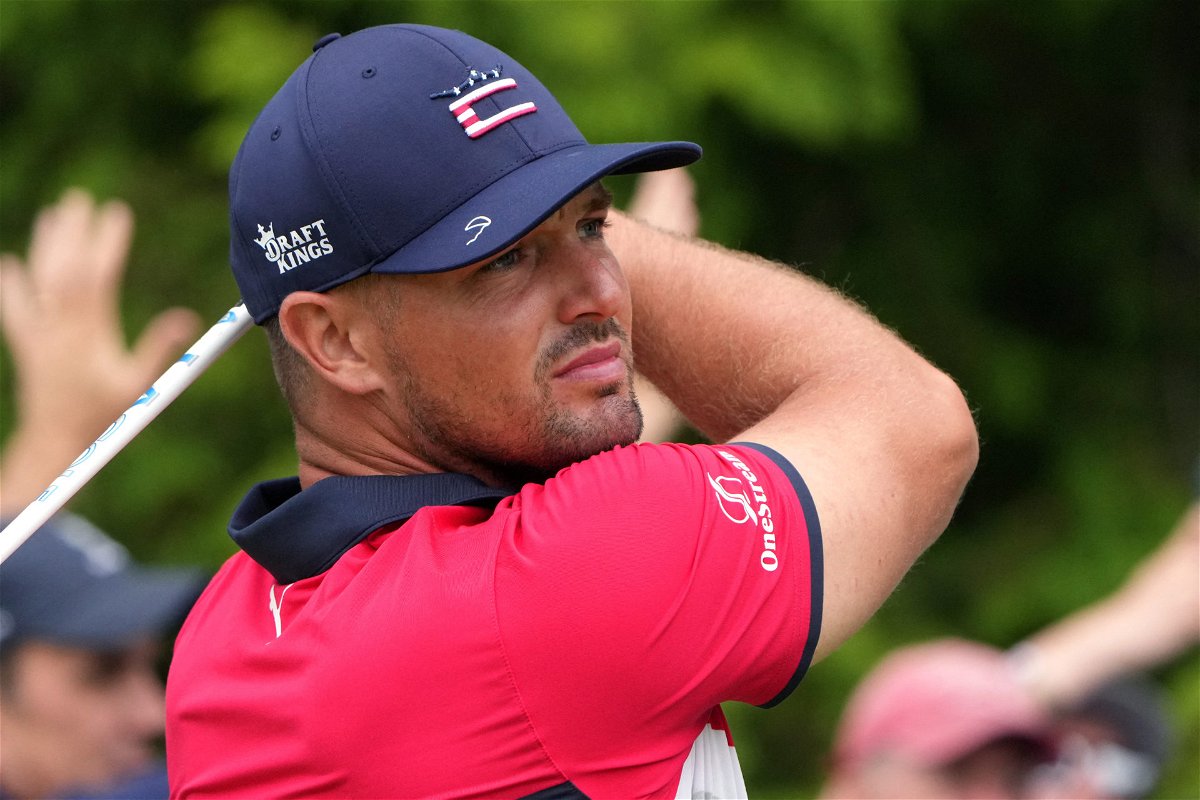 Bryson DeChambeau is an American professional golfer who is currently part of the LIV Tour. The eight-time PGA Tour winner also won a major championship in his career. DeChambeau is known for his massive physique and is one of the fittest players of all time. However, DeChambeau recently had an awkward moment with a fan for the second time in two straight weekends.

But what happened with DeChambeau? And how did that affect his game? Keep reading to find out.

Bryson DeChambeau has an awkward moment with a fan

It happened when DeChambeau competed for the top spot, ending his Tour Championship match. The player was on the 18th hole and hit an uncontrolled shot off the tee at East Lake. After they couldn’t find the ball, they learned that a fan picked it up and casually walked away.

What happened last weekend with DeChambeau?

Another strange occurrence happened with the player last weekend while he was playing in the BMW Championship. The athlete walked into the tunnel next to the 18th hole and handed his hat to a nearby fan. While another random viewer shot DeChambeau about his old beef with Brooks Koepka. “Great job, Brooksie,” shouted the fan, infuriating DeChambeau in a second. In response, the golfer shouted, “You know what? Get out the f—!”.

According to sources, the player “had rage in his eyes” as he responded to the viewer. It could have turned into a dirty fight in the next few moments. Fortunately, the situation did not escalate, as DeChambeau called security officials to take care of the matter.

Watch this story: Paige Spiranac once sympathized with Bryson Dechambeau over heckling incident

Bryson DeChambeau is not friends with many of his fellow golfers. Members of the golf community kept their distance from the player after his feud with Koepka. Believe it or not, DeChambeau is humble most of the time and has a great sense of humor too. However, everyone gets carried away from time to time.