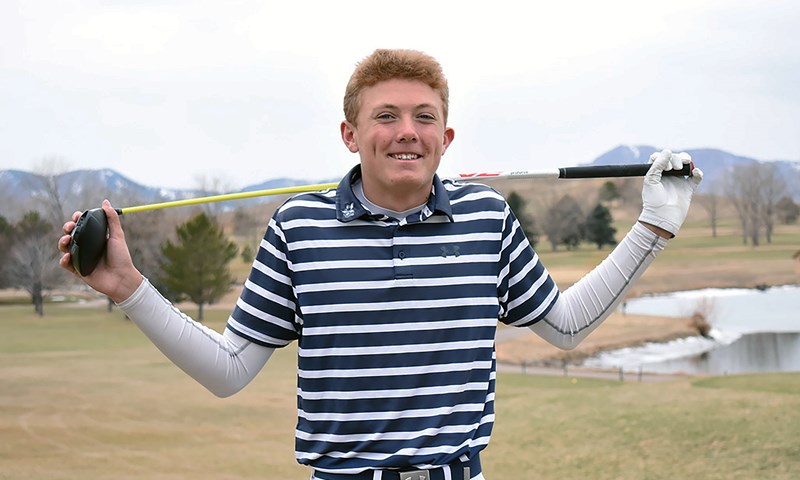 Naqica – helped the Columbine men’s golf team win the Class 5A Jeffco League title for the first time since 1977 last fall and placed third individually in conference – qualified for the competition National Drive, Chip & Putt to be held Sunday, April 3 at Augusta National in Georgia.

The first major PGA golf tournament of the year, The Masters Tournament, will be held at Augusta National the following week.

“I don’t even care what happens,” Columbine High School boys’ golf coach Cory Olsen said of the competition. “It’s a victory even before getting on a plane to go there. The opportunities we will have to meet Jack Nicklaus, to go to the Augusta clubhouse and to walk down Magnolia Lane. It’s awesome.

Eight members of the Rebels golf program will travel to Georgia at the end of this week. Naqica, who started swinging a golf club at the age of 3 and playing tournaments at the age of 8, will be in the spotlight with the event televised live on ESPN.

“The short game was much better than the last two years,” Naqica said of the key to qualifying for the national championships this year. “I really worked hard on my short game to get to this point.”

Naqica’s final hurdle to qualifying for the national championships was winning the regional qualifier on Sept. 19 at Colorado Golf Club. The sophomore racked up 163 points to win the boys 14-15 division and crack the top 10 in his age group to qualify for the Nationals.

“I’m so excited to go,” Naqica said. “I want to do my best to prepare because I really want to win.”

The second is not nervous about playing at the historic site and participating in an event that will be broadcast live on television. Naqica says he will stick to his meditation routine and practice a lot to gain confidence ahead of the event.

“Winning was one of my biggest goals this year,” Naqica said. “I have a lot of big summer tournaments coming up. I feel like I need to focus on those as much as I focus on (Drive, Chip & Putt Nationals).

Olsen has actually coached Naqica since the beginning of the Rebels’ remarkable golf career. Olsen met Naqica’s father before Matai was born.

“It’s pretty cool,” Olsen said of training Naqica for several years before high school. “Matai kind of taught me that I could learn a little bit more about this whole coaching thing. He encouraged me as much as a coach, I hope, as I encouraged him as a player.

Olsen will caddy Naqica at the upcoming event this weekend.

“We always emphasize the team aspect,” Olsen said. “For Matai to do something that I dreamed of and do it for his teammates and do it for the entire Columbine community is a big deal for us. The whole team is going out there.

Olsen isn’t worried about Naqica’s results at home in the Masters. Having the experiences to come is the most important aspect of the trip.

“Matai made the dream come true for the eight of us going there,” Olsen said.