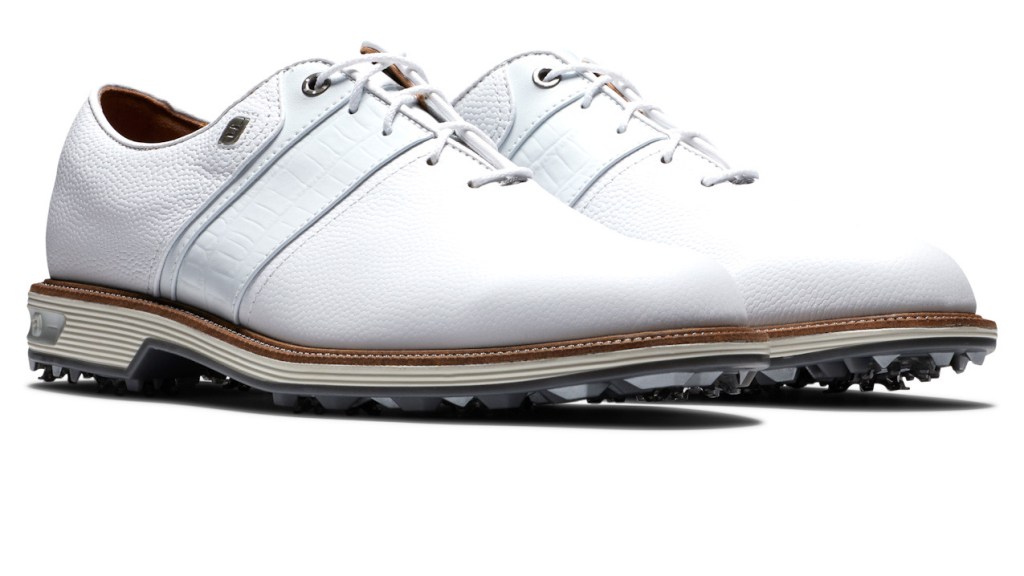 Throughout the 60s, 70s and 80s, FootJoy’s Premiere line of shoes were among the most popular golf shoes on the PGA Tour. It was also a favorite with golfers around the world who appreciated traditional, high-quality, handmade shoes.

As recently as 1985, the FootJoy factory in Brockton, Massachusetts, produced nearly 400,000 pairs of leather-soled shoes per year. But over time, automated manufacturing techniques improved, other sealing materials and mechanisms were developed, and interest in the high-end Premiere waned. While FootJoy remained the dominant force in the golf shoe category, it was forced to shut down the Premiere factory in 2009.

Then last fall a few players were spotted at PGA Tour events wearing a new shoe that had the distinctive look of those old Premieres. Billy Horschel and Ian Poulter took to social media and showed pictures of them, and then every player was spotted at Winged Foot wearing them to the US Open. Justin Thomas wore them, as did Adam Scott. The Premiere shoes were back and at Masters 2020 the new Premiere was the most worn shoe on the court.

There’s no denying the golf shoe trend towards running shoe style options with sporty colors and aggressive graphics, but the Premiere style is timeless. While each of the three styles – Tarlow, Packard and Flint – are reminiscent of the original classic look of Premiere, today’s versions feature modern features and technology to enhance comfort and performance.

For example, the leather outsole (and its weight) has been replaced with a new, lighter outsole made from different types of thermoplastic polyurethane (TPU). FootJoy calls it VersaTrax +, and with a series of replaceable tips, it’s designed to hold a golfer firmly in place during the swing and while walking the course. The traction elements on the bottom of the shoe vary in degree of stiffness, so the firm pieces effectively grip sand and soft turf while the softer areas of the TPU pieces grip trolley paths, the hard layer and firm grounds.

The Ortholite EcoPlush FitBed inside the shoe is designed to improve comfort and cushioning, while the upper, which is waterproof Pittard leather, provides lateral support. It keeps feet dry so FootJoy gives the new Premiere shoes a two-year waterproof warranty.

The men’s version comes in three styles, with multiple color options available in both the lace-up version ($ 220) and a version that offers a BOA ratchet system for a more personalized closure and fit ($ 230 ). There’s also a female version of the Lace-up Premiere ($ 170) and a BOA version ($ 200).

We occasionally recommend interesting products, services and gaming opportunities. If you make a purchase by clicking on one of the links, we may charge an affiliate fee. Golfweek however operates independently and this does not affect our coverage.