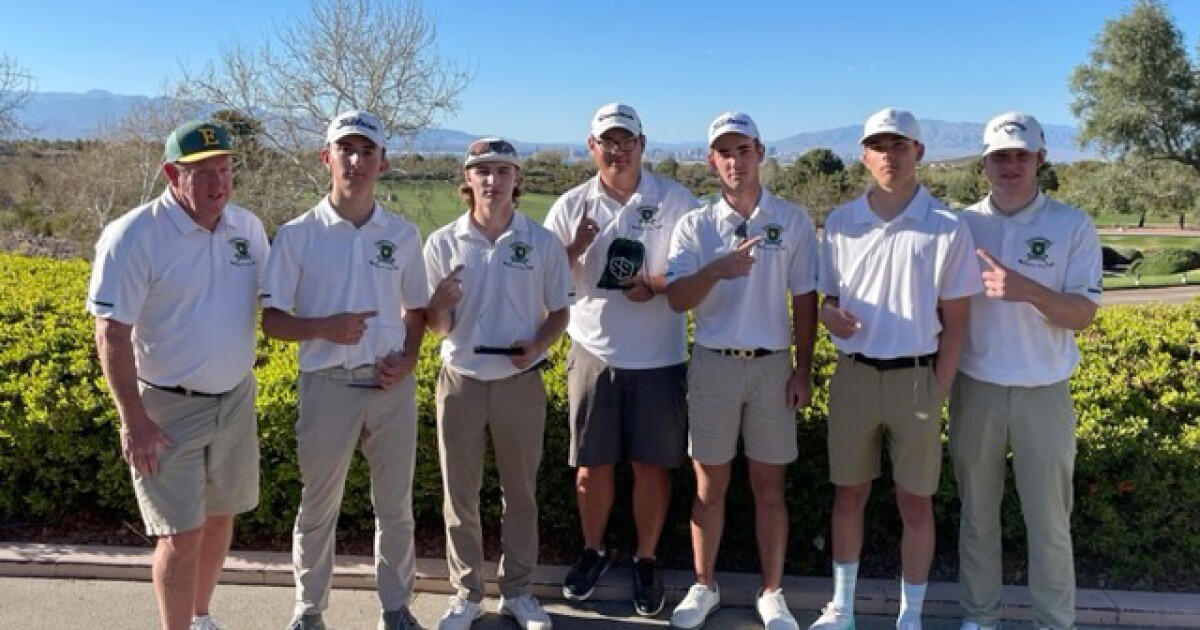 The Edison High School boys’ golf team beat the course by 23 strokes at the two-day Southern Nevada Invitational after Tuesday’s final round at Anthem Country Club in Henderson.

The Chargers shot nine over par as a team on both days to end up 18 over par for the tournament. Coronado (+41) was second and Palo Verde (+45) third.

Edison’s Timothy Jung topped the leaderboard finishing the tournament at four under par. He shot five under par for the final round on Tuesday.

Troy Tarvin entered the clubhouse at three over and finished fourth for the Chargers, and Ben Crinella found himself tied at three for sixth at eight over.

Sage Hill 207, Pacifica Christian Orange County 225: Eston Miller of the Tritons and Dustin Miller of the Lightning shared medal honors with rounds of 35 to one under in Tuesday’s Academy League game at Strawberry Farms Golf Club.

Pacifica Christian fell to 3-2 on aggregate.

Costa Mesa 245, Westminster 286: Senior Cristopher Rodriguez shot a 41 from six over par to lead the visiting Mustangs to victory Monday in an Orange Coast League game at Meadowlark Golf Club.

Quentin Custodio was two-for-four with two RBIs for the Seahawks, who host Westminster on Friday.

Orange 4, Costa Mesa 3: Chris Hall was two for two with a brace and an RBI for the Mustangs in the Orange Coast League road game on Tuesday.

Jordan Stucki also had a pair of hits for Costa Mesa (8-6, 2-3), who play at Saddleback on Friday.

Huntington Beach improved to 5-0 in doubles this season and hosts Laguna Beach in their Wave League opener on April 5.

Support our sports coverage by becoming a digital subscriber.