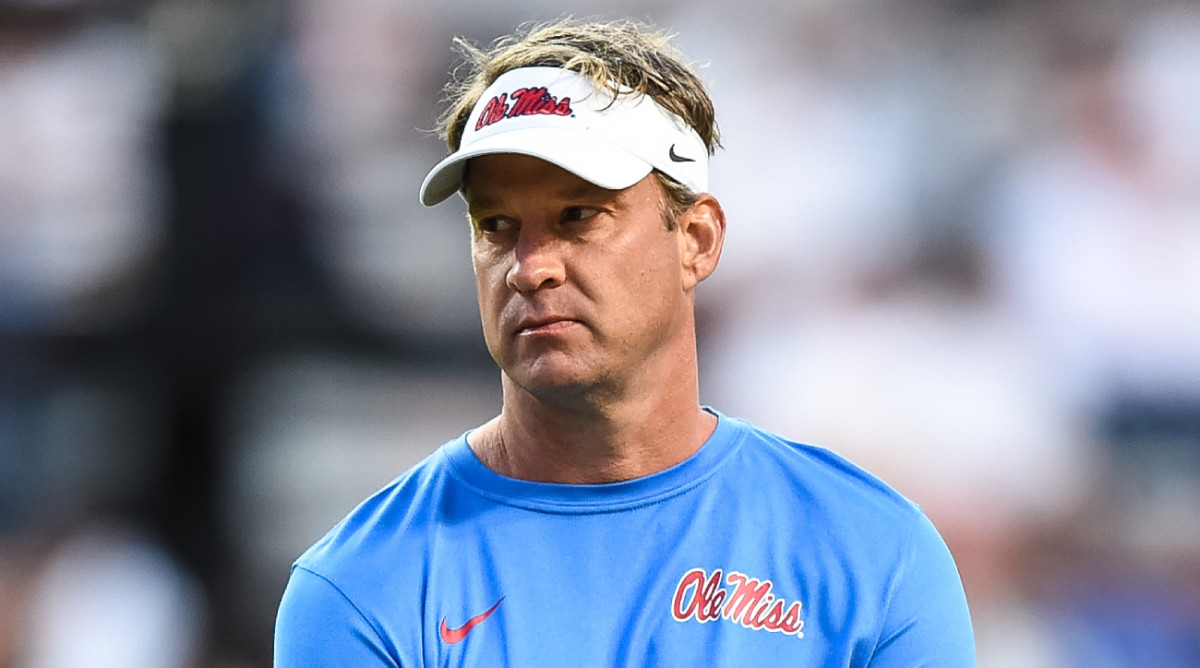 So on Friday, when Kiffin was scheduled to throw out the first pitch in an Ole Miss baseball game against Tennessee, he decided to throw a golf ball instead.

Since the golf ball is so small, it’s hard to see whether or not Kiffin threw it over the line. However, it appeared that the catcher grabbed the ball and Kiffin was able to retrieve his golf ball out of the catcher’s glove after the throw.

The golf ball was most likely a commentary on when Tennessee fans threw golf balls and mustard bottles, along with various other debris, onto the field in their 31-26 loss to Ole Miss. Kiffin coached the Vols in 2009 before abruptly leaving to take the job at USC after one season. Tennessee ended up being fined $250,000 for the incident.

A golf ball ended up hitting Kiffin during the game, so he’s become somewhat synonymous with the item. Since his team was playing Tennessee on Friday, it makes sense that he would throw the golf ball instead of a traditional baseball.

For more Ole Miss coverage, head over to The Grove Report.