AN AGREEMENT to plant 10 replacement trees has been reached following the controversial felling of 36 mature specimens at Parkstone Golf Club.

The settlement means a possible public inquiry into the culling issue has been averted, the BCP Council said.

Residents have spoken of their shock and fury in 2018 when the felling of trees as high as 70ft took place.

Having been advised that there was insufficient evidence to offer a realistic chance of conviction if prosecuted, the BCP board reached an agreement with the golf club about four years after the showdown.

A joint statement from the local authority and Parkstone Golf Club released yesterday morning says the council and Natural England support the replacement planting, which will start ‘soon’.

“Natural England, BCP Council and Parkstone Golf Club will work together to safeguard the entire course, for future generations,” the statement read.

“All parties take the protection of the natural environment very seriously and will work in partnership to ensure that this plan protects the moor and its wildlife, visual amenity for the public and effective tree management in the future. .

“Natural regeneration has since taken place over the years and new trees over three to four meters high are in place, which together with the replacement trees will see the restoration of the landscape in the affected part of the golf course. .

“This is a complex matter and this agreement reflects a balanced outcome in the interests of all parties.”

Parkstone Golf Club applied for a felling permit in 2017 and this was approved by the Forestry Commission. The following year, a number of trees on the course were felled.

The council said it indicated there had been a breach of normal council procedures as some of the trees were under a tree preservation order.

Advice was given by the Planning Inspectorate, BCP Council, Parkstone Golf Club and Natural England working together to reach an agreement.

“This settlement guarantees the recovery of certain trees and a commitment to work together on the future management of the natural environment of the golf course,” the statement added.

“The site is a Site of Special Scientific Interest (SSSI), where the removal of trees may contribute positively to the achievement of environmental objectives under designation as an SSSI.” 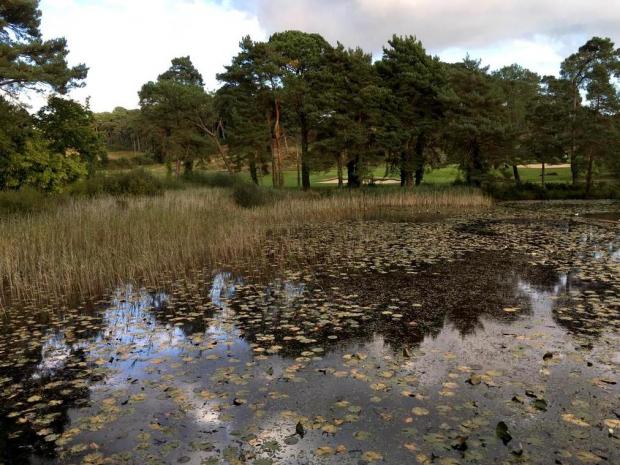 Trees before being felled

After reaching an agreement, the council said the need for a scheduled public inquiry or other formal proceedings no longer applied.

“As owners of a Site of Special Scientific Interest (SSSI), the golf club is required to manage its moorland for a wide range of moorland plants and animals,” a Natural spokesperson said. England.

“They have worked closely with Natural England for several decades to further improve the SSSI moorlands. This has included restoring additional areas of moorland where conifers have become dominant. This is in particular where this provides optimum wildlife habitat. – such as south-facing shores or connects existing areas of heather to provide the most important habitat areas needed by many species.

“We are pleased that it has been possible to reach an agreement to plant certain native tree species in the affected part of the golf course in order to re-establish the trees as landscape elements in this area without significant impact on the SSSI.

“We look forward to working closely with the golf club and Bournemouth, Christchurch and Poole Council in the future.”

Parkstone Golf Club told the Daily Echo it had no further comments to add to the joint statement it released alongside the board.