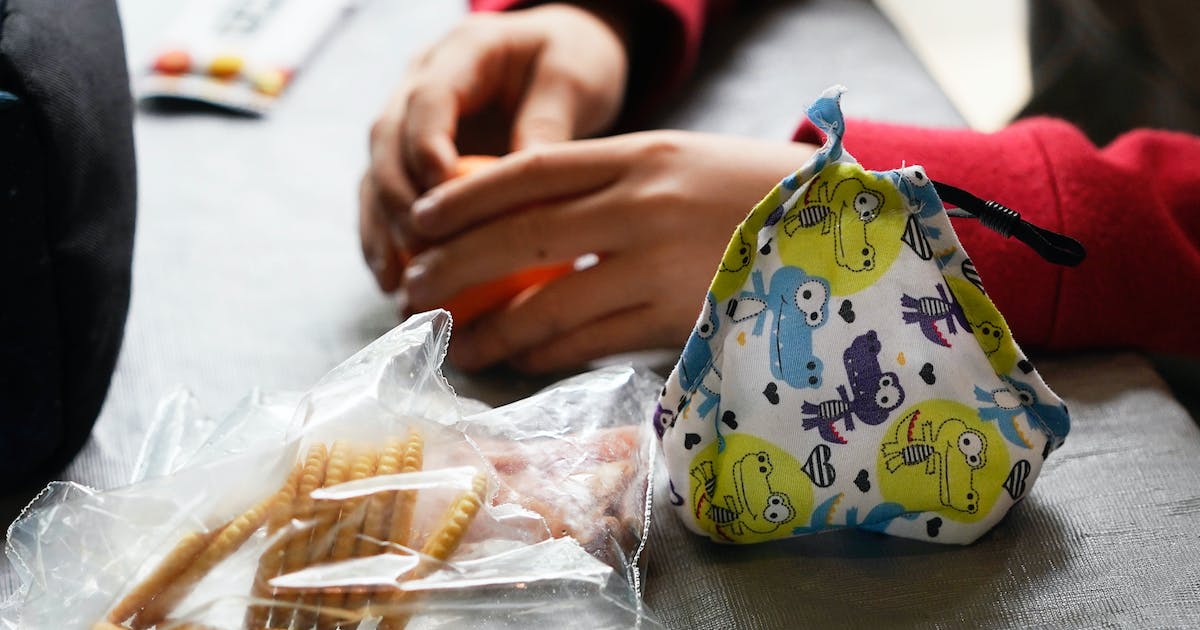 The Governor and the Teachers Union have closed our public schools during COVID. “Follow the science,” they said. Well, science told us early on that children were not at serious risk of dying or getting seriously ill from COVID. European countries opened their schools in 2020. Very few children died or became seriously ill, schools did not become centers of transmission, and teachers were no more likely to contract COVID than anyone else. It’s science.

By closing our schools, we hurt the most vulnerable of our students. The reading performance of African-American students in closed public schools in Minneapolis has fallen by more than 20%, from an already dismal 24% to a proficiency of 18.8%, more than five percentage points . The math was much worse. The percentage of people proficient in mathematics fell from a dismal 18.1% to 9.3%, a drop of about half!

The governor and the teachers’ union were wrong, terribly wrong, and these kids paid the price. They must be held responsible for this disaster.

I want to sincerely thank Park Board Commissioner Becka Thompson for her obstructionist approach (“Going ahead with Hiawatha golf course plan is not the answer,” Opinion Exchange, July 20). I enjoy golfing in Hiawatha and want to continue playing 18 holes. She is against the current proposed plan which has taken years of planning and input and millions of dollars, and she has no viable alternative to offer. She’s the perfect fit for our dysfunctional park board that can’t make up its mind. Of course, it is inevitable that a heavy rain will flood the course again and cause it to be closed for two or three years. But I like hitting that little white ball so much that I’m going to try my luck.

The title of City Council member Robin Wonsley’s op-ed says it all: “The Movement Has Always Been Right on Public Safety” (Opinion Exchange, July 15). Since being elected to my district council, Wonsley has honed her rhetorical weapons of shrill, divisive blame to a sharp edge. The essay manages to polish her own credentials as a militant and visionary activist, highlighting her portfolio with a special report from Harvard University, supposedly confirming her own long-held positions on policing and security community public. The Gentiles are the “working-class communities” led by their intrepid community organizers; the bad guys are the corrupt “establishment” that runs City Hall.

I feel like I understand, in my own limited way, both the liberating and positive impact of organized community activism as well as some of its familiar pitfalls, since I come from an organizing background myself. I have a master’s degree in community organizing and worked for many years as a VISTA volunteer in Providence, RI in the late 70’s and 80’s. I was closely involved at the local level in many state and municipal issues of this place and time. One of the pitfalls of unionization is a kind of professional arrogance. The organizer-activists, by their own personal sacrifices, become (in their own minds) more just and better informed than those ordinary, static, bourgeois, passive people whom they organize and those hostile powers-that-be against whom they charge in politics. battle.

It is such a mindset that I see Wonsley’s rhetoric generating. The goal is to achieve something “beyond policing”, with its implicit disparagement of policing itself. The virtuous “working community” will fight hard against the unjust “establishment”. She downplays the fact that the majority of Minneapolis voters clearly rejected the council’s “defund” faction’s proposals and re-elected Mayor Jacob Frey on the basis of his promises to work for comprehensive reform.

We need less rhetorical flair, grandstanding and political self-glorification from our municipal leaders. We need less blame and much more honest (and humble) cooperation.

Judge Paul Magnuson called Thomas Lane’s offense for cooperating in the murder of George Floyd a ‘very serious offence’, then called him a person of ‘exceptional character’ (‘Lane gave more than 2 years in the Floyd case”, July 22). Exceptional compared to whom? Those who didn’t participate in a murder by violating the public trust? One should be judged by their actions, not by a stack of 145 letters, and based on Judge Magnuson’s actions with his ruling, he is a very, very poor person of character who has nothing to do with being judge.

At the heart of the disease of police brutality in this country is the reluctance of officers to intervene in the inappropriate and criminal behavior of their colleagues, much like a fraternity or a street gang. Lane showed all too well that protecting his police fraternity was more important than protecting the life of a human being he participated in murdering while restraining him with his superior officer, Derek Chauvin.

As long as judges like Magnuson continue to serve the bench and institutions like the Minneapolis Police Union continue to exist, the police will continue to brutalize and kill the public with little or no accountability.

Today, the people we rely on to protect our communities – police officers, firefighters and emergency medical personnel – are leaving the profession in record numbers. This is particularly acute among law enforcement officers retiring on disability due to post-traumatic stress disorder (PTSD). But that doesn’t have to be the case. I want everyone to know that PTSD is treatable and that there are resources available for anyone struggling.

As a law enforcement officer for over 23 years and a licensed therapist, I have seen firsthand the impact daily interactions at work have on my colleagues and clients, and the toll that stress and unaddressed traumas have on their families and communities. But post-traumatic stress doesn’t have to be career-ending. In fact, with proven therapies and support, many people can continue to serve in this meaningful career.

Post-traumatic stress is no different from a physical injury. In many cases, it is possible to treat the symptoms before they turn into a debilitating condition. We need to provide early education to recognize these signs and training to develop healthy coping and stress reduction strategies.

We also need our public safety community to realize that asking for help is a sign of strength, not weakness. And when they ask for help, we can’t let their struggle and desire to get treatment end their service.

As a community, we need to support first responder education, prevention strategies, and mental health treatment funding, because we are losing too many precious people to a disease that can be treated.

And to all who struggle: there is hope. PTSD is treatable. Ask for the support you need to heal.

The writer is currently a patrol sergeant for the Minnetonka Police Department.

I don’t know why Matt Birk feels compelled to speak out on abortion/women’s reproductive rights or, for that matter, rape! (“Birk stands by his abortion comments,” July 21.) The reason I struggle with this is that he never suffered from monthly menstrual cycles, never felt the loss of ‘a miscarriage nor the devastation of a stillborn like a woman does, probably never been sexually assaulted, never had to deal with menopause, never felt insecure about her work because he was pregnant, was never responsible for one more mouth to feed because his partner left. You see, women are inextricably linked to reproduction in a way that a man will never be, so for a man to post that he’s “done over 200 pro-life events” is the height of the truth. ignorance born of arrogance.

Guys, let’s support our partners on this issue, wherever they are, and whenever they go through one of these events that we’ll never know, let’s tell them we love them and humbly and compassionately admit that we don’t. have no idea what it must be like for them.