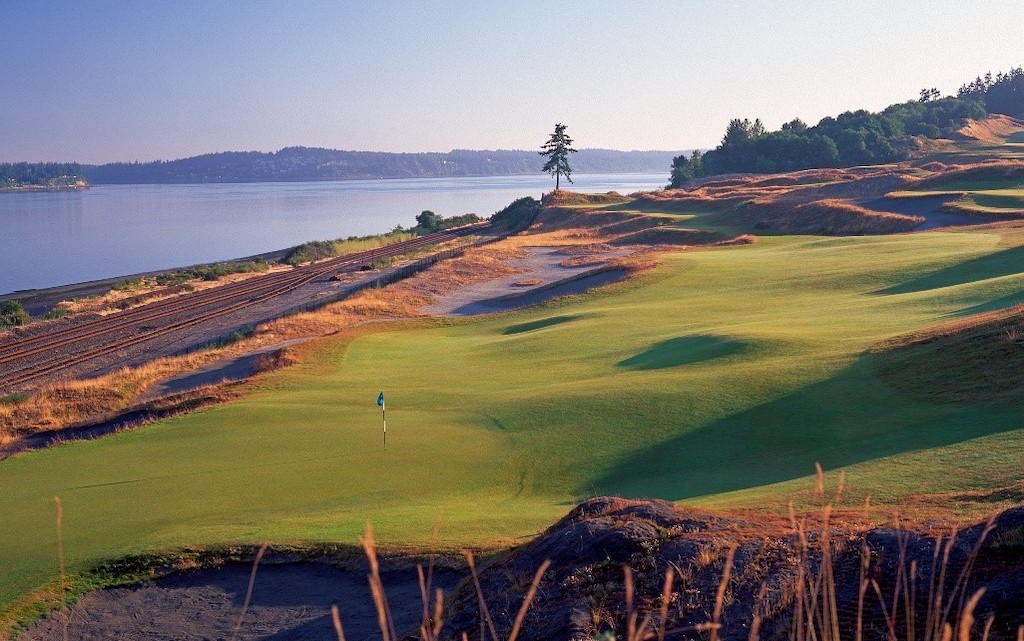 Courses around the world host professional and amateur tournaments

Palo Alto. California – The PGA TOUR LatinoAmerica held its season finale – the Bupa Tour Championship – at the PGA Riviera Maya in Tulum, Mexico. This is the second time this event has been held on a challenging course designed by Robert Trent Jones II Golf Course Architects (RTJ II) and is just one of many prestigious tournaments held on RTJ II designs this year and around the world. a near future.

A TPC Riviera Maya, the 18-hole championship layout and a nine-hole course have been dug deep into a limestone quarry to take advantage of the natural contours of the dense Mayan jungle. With their environmental awareness and use of cutting-edge technology, the RTJ II team incorporated jungle foliage, natural lakes and cenotes into the course design.

According to project lead architect Mark Voss, TPC Riviera Maya embodies the company’s philosophy of challenging all levels of golfer, from club members to US Open competitors. “We don’t necessarily approach every project with a championship in mind, but because we are committed to providing challenges across the skill spectrum, our courses are frequently selected for higher-level competition.”

Earlier this month, the PGA TOUR Champions Tour USA Family Insurance Championship was held at University Ridge, the home course of the University of Wisconsin Badgers men’s and women’s golf teams in Madison. RTJ II completed this route in 1991, refined the course in 2007 and again in 2018-19. University Ridge has hosted the Champions event since 2016.

From July 1-3, the Arnold Palmer Cup will be played for the first time at the Geneva Golf Club, bringing together the world’s best collegiate golfers in Switzerland’s premier golf destination. The annual Ryder Cup-style competition of male and female varsity athletes pits the United States against their international counterparts.

“The magnificent setting of Golf Club de Genève, its optimal conditions and its long history of supporting amateur golf make it the ideal host for the 2022 Arnold Palmer Cup,” said Amy Palmer Saunders, President of the Arnold & Winnie Palmer Foundation. . “We are honored to celebrate the Club’s 100th anniversary with its members in 2022.”

Founded in 1922, the Golf Club de Genève offers a course designed in 1973 by Robert Trent Jones Sr. and completely renovated by RTJ II in 2018. The 6,821-meter course offers views of the city, Lake Geneva, the emblematic Mont Blanc and its surroundings. Alps.

From August 8-14, the 2022 U.S. Women’s Amateur Championship will take place in Chambers Bay at University Place, Washington. The course features towering sand dunes, massive fairways and breathtaking views of Puget Sound, giving Scottish golf traditions a modern twist. The 250-acre course, built on the site of a former sand and gravel mining operation, is the centerpiece of a 930-acre park owned by Pierce County.

This is the fourth USGA championship to be held there after the 2010 US Amateur, won by Peter Uihlein; the 2015 US Open, won by Jordan Spieth; and the 2021 American Amateur Four-Ball.

“Our philosophy calls for creating courses that combine playability for the average golfer with sufficient difficulty from championship tees to challenge the best players in the world,” explained Bruce Charlton, President of RTJ II. “Providing alternate lines of play adds another crucial strategic element to our courses. These and other principles of our design philosophy play a vital role in creating the distinctive, creative and site-sensitive look of Robert Trent Jones II golf courses.

Recently reopened following an RTJ II renovation, SentryWorld in Stevens Point, Wisconsin is gearing up to host the US Senior Open Championship next year (June 29-July 2, 2023). For two years, RTJ II worked closely with the property (Sentry Insurance) and the USGA to modify the course: RTJ II lengthened some holes, narrowed the fairways and repositioned some bunkers to prepare the course for the tournament, including included tweaks to improve the viewer. live. The range of practice has also been expanded.

Looking to the future, Cherry Hills in Japan, an original RTJ II design, will host the Japan Women’s Open in 2025. The company is working with owner Shinwa Golf and the Japan Golf Association on repositioning tees, contours fairways and bunkering.

“We’re going to be deeply involved in work big and small, many of which have already started, and some new ones are expected to start next year,” Charlton reports. “Pent-up demand for golf has been unleashed and we are very pleased to be partnering with many wonderful customers around the world with the intention of increasing the fun factor of our great sport.”

Headquartered in Palo Alto, California, Robert Trent Jones II Golf Course Architects (RTJ II) is the world’s leading golf course design firm, having created 280 courses in 48 countries on six continents. Stewards of a great tradition of golf course architecture, RTJ II is committed to working in harmony with nature to create the best golf course at each unique location. RTJ II’s design team has experience in all aspects of golf course development and the ability to provide support and expertise from design through to completion of any project. For more information, visit RTJ II’s website at www.rtj2.com or contact the company at +1 650-475-0329 or [email protected]