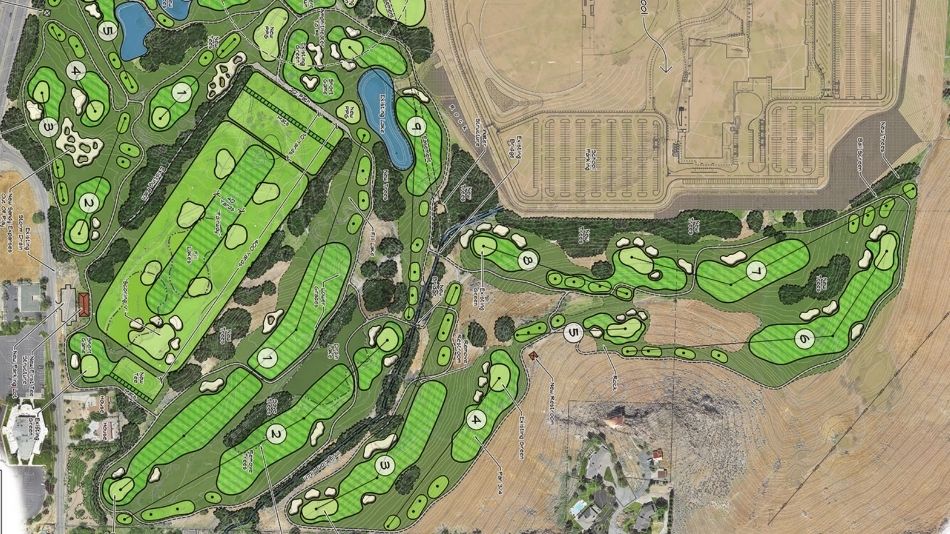 Originally an 18-hole course by Phelps Benz & Associates, until much of it was used for a new high school, Wildcreek now has nine holes and was moved to the northern Nevada chapter of First Tee, with Mazz Golf Management in charge of operations.

Curley says his new design, which he hopes will go into construction in 2022, will look nothing like the current layout. “Apart from three lanes, the others are new holes on previously unused land, or playing on an old golf course from a different angle,” Curley said. “The change is substantial.

The new course will be a 3,200-yard par 34, emphasizing ease of walking through simple connections from the teeing green. “The course climbs to a higher elevation with stunning views of downtown Reno and then descends back to the clubhouse,” Curley said. “It starts on the sixth, a par four with a dramatic drop shot to a half-hidden but wide landing zone.

“The focus will be on solid, visually stunning golf holes that feature “find your ball” grass areas before transitioning to the native in a welcoming manner to speed up the pace of play. Bunkering will be visually obvious but not too broad or penal.