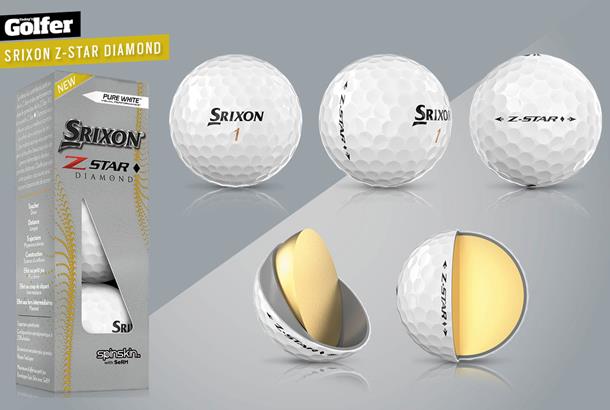 The new Srixon Z-Star Diamond golf ball is for the best players.

Working with their touring stars including Koepka, Masters Champion Hideki Matsuyama and 2019 Open Champion Shane Lowry, Srixon has expanded their stunning family of Z-Star golf balls to three models with the introduction of the new Diamond (read our full review, here). Aimed at the best players with high ball speeds, the three-piece Diamond is the ideal model for golfers looking to hold the green from anywhere on the course.

The foundation of the Diamond ball is Srixon’s FastLayer Core, which is soft in the middle and firm around its outer edge, delivering speed and feel. It combines with the brand’s exclusive Spin Skin with SeRM – a durable 0.6mm urethane coating that digs deep into iron and wedge grooves with every impact to increase friction and maximize spin and spin. control. 338 dimple pattern is designed to provide less drag and more lift for long, true flight, even in strong winds

Brooks Koepka, a four-time major champion and former world No. 1, signed for Srixon late last year and has already put the new model into play.

“Working closely with our global Tour staff, we have created the Z-Star Diamond ball as an enhancement to our premium Tour range,” said Lionel Caron, Sales and Marketing Director, Srixon Sports Europe. “It’s sort of a best-of-both-worlds type product, combining many of the advantages of our two current models. Like the Z-Star XV, the Z-Star Diamond produces really good ball speed and distance. But thanks to a slightly thicker cover, the Diamond offers exceptional spin and control on approach shots.

Only available in Pure White, Srixon Z-Star Diamond golf balls will be priced at £39.99 per dozen and go on sale March 11.

READ NEXT: Which Srixon ball is right for you?