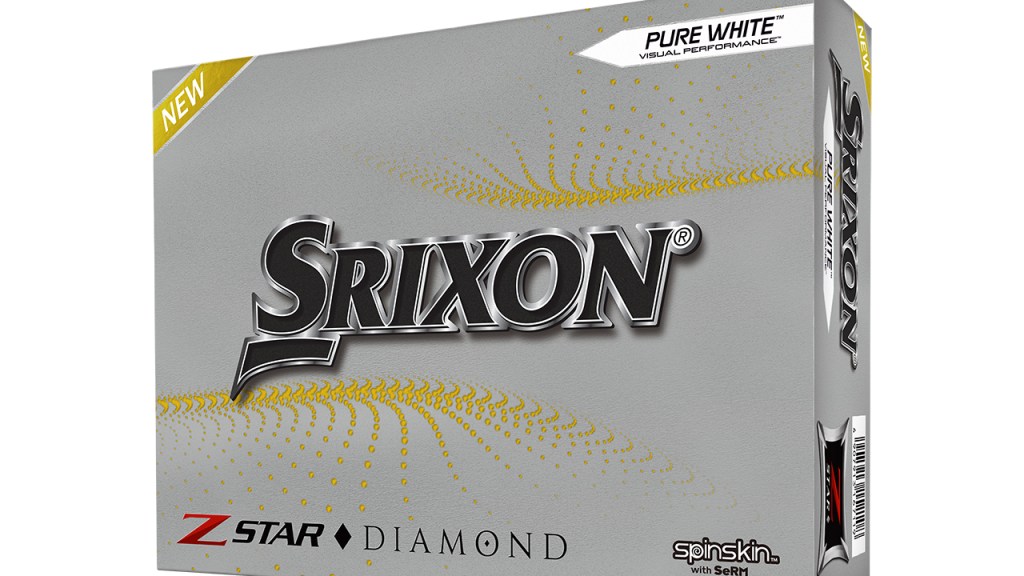 Hideki Matsuyama won the 2021 Masters with a Srixon Z-Star XV (from $42.99 per dozen at globalgolf.com), a four-piece urethane-coated ball designed to produce less driver spin, more distance and a firmer feel. For golfers who want a slightly lower flight off the tee, a smoother feel and more spin around the green, Srixon has offered the three-piece Z-Star for years.

Today, the Japanese equipment manufacturer is launching a new ball, the Z-Star Diamond, a premium ball designed to fit between the Z-Star and the Z-Star XV.

“Z-Star Diamond is a game-changer for me,” said Brooks Koepka, who recently signed an endorsement deal with the company. “That golf ball was a major driving force in joining Srixon.”

The Z-Star Diamond is a three-piece ball with a large rubber core that is soft in the center and gets progressively firmer outward. Srixon calls this design a FastLayer core and has used the same type of construction and core design in many of its premium balls for years, including the Z-Star and Z-Star XV. Srixon said it delivers speed while providing improved feel.

The Z-Star Diamond is a three-layer ball with a urethane coating. (David Dusek/Golfweek)

The FastLayer core is covered with a carcass layer, then a urethane cover. On the outside of the ball, designers gave the Z-Star Diamond a new 338 dimple cover pattern that creates less drag, so it should be less affected by wind and hold its line more effectively.

While the urethane cover is slightly thicker than the cover of the Z-Star, it has the same SpinSkin coating with SeRM Sling Ring. Applied to the outside of the ball, the coating helps wedges and short irons more easily grip the urethane cover to create more spin and control on approach shots. However, this does not affect performance on long irons and hard shots, so players don’t have to worry about ballooning shots or losing distance.

We occasionally recommend interesting products, services and gaming opportunities. If you make a purchase by clicking on one of the links, we may earn affiliate fees. However, Golfweek operates independently and this does not influence our coverage.