There’s not enough fade or backspin in golf to disguise the wickedness of this business. 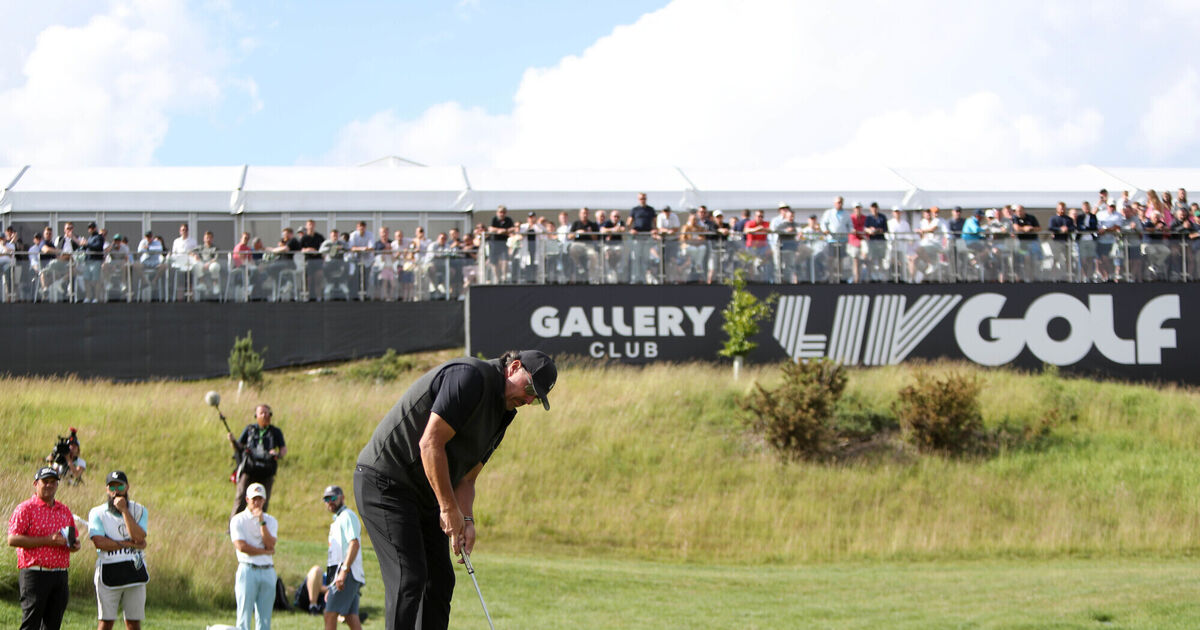 In November 2017, then-Lebanese Prime Minister Saad Hariri visited his close ally, Saudi Arabia, hoping to go camping with Crown Prince Mohammed bin Salman. A billionaire businessman and statesman, Hariri was accustomed to a degree of diplomatic protocol, which, to his dismay, he lacked when he arrived in Riyadh. Instead of the usual limos and honor guard, he was stripped of his cell phones and manhandled by state security agents, who accompanied him to his home in Riyadh, where he was told to wait – under house arrest – for further instructions.

The following day, live on Saudi television, he read a script prepared for him by his Saudi friends and resigned as prime minister of Lebanon, further destabilizing an already fractured region. Images of Hariri’s resignation on TV would be funny if the repercussions weren’t so severe. He clearly reads aloud words he didn’t write or approve of, probably seeing them for the first time. Following his statement, Hariri remained in Riyadh for another ten days, during which, the UN High Commissioner for Human Rights later concluded in a report, “Hariri had been subjected to psychological torture and which may be cruel, inhuman and degrading.

Following intense diplomatic interventions from the West, Hariri was released and traveled to France to recuperate, after which he insisted his trip to Saudi Arabia had been pleasantly pleasant. A week later, back in Beirut, freed from the literal chains of his Saudi captors, he did not resign.

Hariri’s on-air resignation came to mind last week, when another rich and dirty businessman appeared in front of the cameras, with a similar script to read. Phil Mickhelson, the American golfer with a net worth of over $400 million, sat down outside a packed media tent at the Centurion Club outside London, and went to bat for LIV Golf (ironically – almost absurdly – pronounced LIVE!, as in, to live), the new Saudi-backed tour for which he, along with other big winners Dustin Johnson, Bryson DeChambeau, Charl Shrwatzel, Sergio Garcia and Grame McDowell became posterboys and pastries.

Michelson, like Hariri, spoke like a man who had just been roughed up by his suitors – joyless and deep breathing, much less thoughtful than contrived, he seemed at all times as if he was going to refer all difficult questions to his lawyer . Those who followed him – Ian Poulter, Lee Westwood and a few strangers you could almost forgive for having the soup – peddled the same prepared talking points.

They talked about life as independent contractors as if they were shopkeepers or primary school teachers, unable to find jobs back home, traveling to Dubai to earn a living. They talked about growing game as a misunderstood vegetable that just needed a little Saudi fertilizer. They riffed on using the sport as a force for good (let’s face it, even for the regular weekend golfer, the game is less of a force for good and more of a vehicle for frustration, self-loathing and existential crisis).

At one point McDowell, who, unlike Michelson, mistakenly fancied himself enough to improvise the script, told the media “there’s not much we can do about it”. By ‘it’ we might understand that it means, like, everything. “As players,” he continued, “we are aware of the consequences of what may lie ahead…”

He went on to talk about wanting to “keep morale high” and build the “level of execution” players witnessed from the LIV team (did I mention it’s pronounced “LIVE”?) . In the space of a personally catastrophic hour for his intellect and reputation, McDowell has gone from the sympathetic we once thought we knew to a willing pawn in a game of obnoxious and insidious motive chess. Hearing McDowell even utter the words Jamal Khashoggi – the name of the journalist murdered by Saudi agents – with his drawl in the middle of the Atlantic, caused vomiting.

It should be pointed out that most golfers who can afford it hate coming to play golf in England. Despite their public sycophancy at the tradition that pours like wine at a wedding during the British Open, American golfers mostly insult the wind and rain that can fall at any time, in any month. This is one of the reasons so many of them live in Florida. The other being the preferential tax conditions, which also indicates their primary motivation; vast accumulation of wealth, in short sleeves.

Which makes their presence in England all the more depressing. There is a saying that “beauty is pain”, but there is no beauty in all of this, precisely because there is no pain, not for the players, their caddies and agents, all of whom will profit generously at the expense of others, for whom there is only pain.

There’s not enough draw or fade or back-spin in the world of golf to disguise the wickedness of this business. Their bank balances may swell to overflowing as a result of their decisions, but their empty words of defense for the project they support are as empty as the hearts and worlds of the nameless and faceless people who have suffered and continue. to suffer. at the hands of an infamous regime, which seeks to legitimize their greed and power with the same abandon that they ignore human rights or the rights of sovereign nations. As long as there has been big money in sport, there has been a conflict between purity and profit, but there has never been a more glaring example of good versus evil.

Profit is not even a motivation in creating this tour. Buying legitimacy is. By aiding and abetting this motive, these players have morally ruined themselves.

Ignorance should be the preserve of the poor and needy, not the middle-class Northern Irishman and the millionaire golfer whose gambling debts are said to have reached $40 million. For their choices, and the ridiculous lines of contrived dialogue that McDowell and Michelson try to feed us, they deserve only the most blatant ridicule.

Make no mistake about it, by doing what they did, they are not cultivating game, but knowingly spreading cancer.